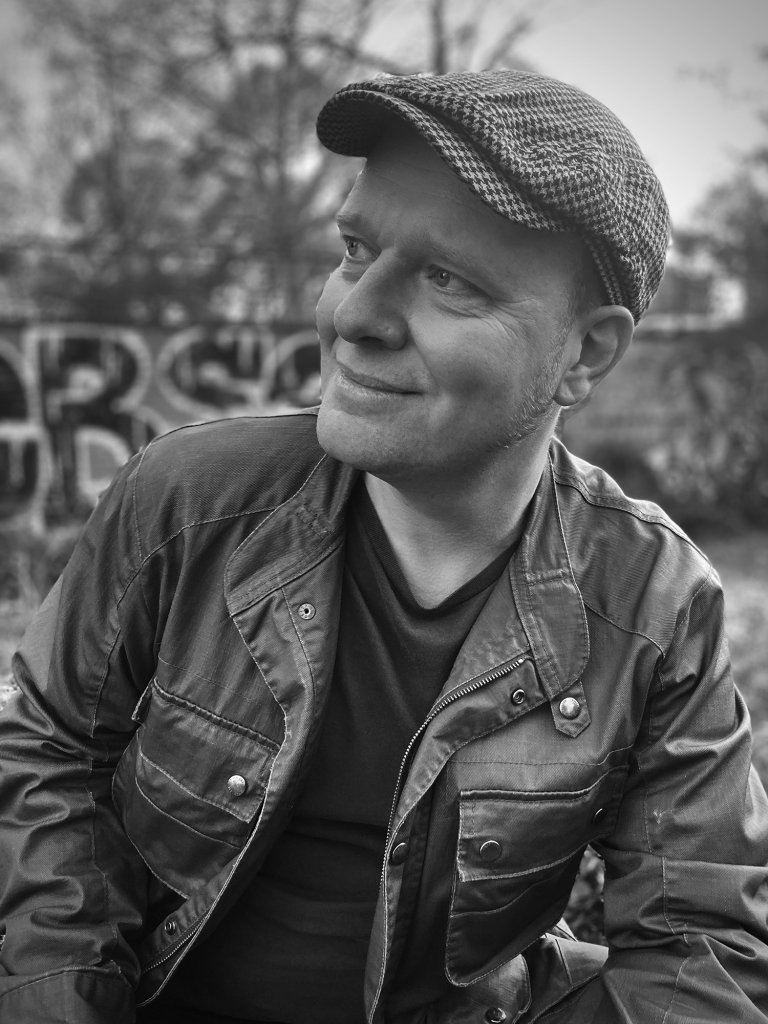 Voice, language and sound have always played a central role in my life: First in my work in the recording studio as a music producer and DJ, later in my work as a translator and subtitler of TV series, documentaries and feature films.
And since 2010 as a voice actor.
I fell in love with the art of voice acting in London, where I lived for 10 years. In studios in the UK I gained my first experience in voice-over recordings in German and English. After returning to Berlin, I further professionalized my voice-over work, with my own studio and a network of partners for all audio production needs.

Projects
Since then, I have voiced commercials for brands such as Lego, HP and Google, characters in videogames such as Strife and Angry Birds, the audio editions of magazines Spektrum der Wissenschaft and G/Geschichte, documentaries such as Picture Stories, Haiti Rescue and Fear City: New York vs The Mafia, as well as explainer videos and e-learning courses on various subject matter such as work place safety, IT, medicine and pharmaceuticals.

Training
I see training and education as an ongoing, never-ending process. The path is the goal. Each of my trainers and coaches has helped me take a small or large step towards this goal. To name a few:

What do I offer?
First and foremost: My voice.
Recorded and produced either in my own studio or in a studio of your choice.
There is the option of remote direction.
I am also happy to help with editing and post-production of audio tracks or with proofreading, adaptation and translation of voice-over scripts.

By the way, having lived and worked in London for over 10 years, I speak English at a professional level and I am happy to be available for recordings in English – as for example for the documentary Picture Stories.

Video samples and demos are also available on my YouTube channel.